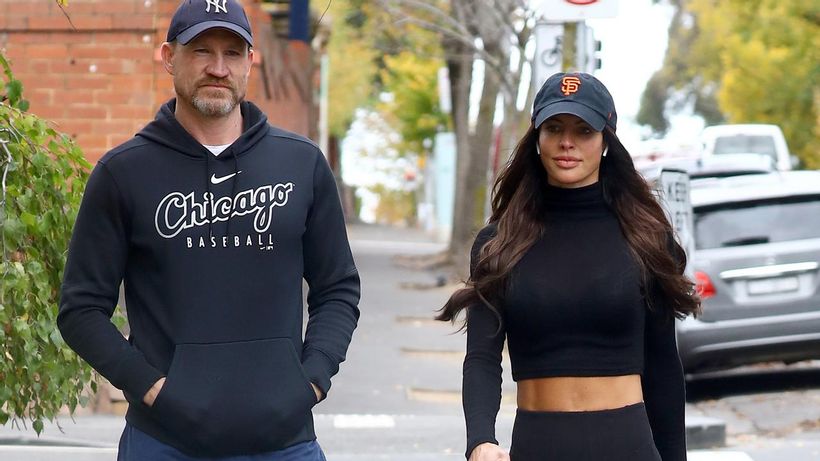 Collingwood coach Nathan Buckley has been spotted out in public for the first time with new girlfriend Alex Pike, following the breakdown of his marriage to Tania Minnici.
Reports had suggested Buckley and glamorous cosmetic nurse Pike became an item after the former AFL star and his ex-wife revealed in December they had split up, and those rumours were confirmed when the pair were photographed taking a stroll around Melbourne together on Wednesday.
They smiled and laughed as Buckley rocked shorts…