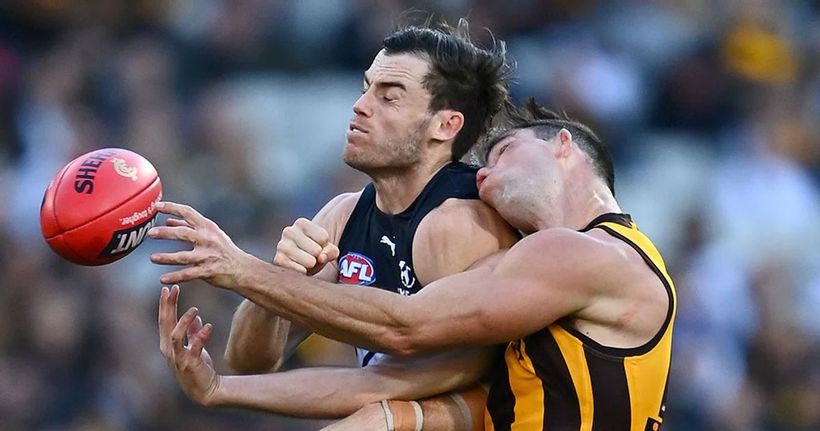 CARLTON will launch a last-ditch bid to overturn Lachie Plowman’s two-match suspension at the AFL Appeals Board, after the defender’s initial challenge proved unsuccessful at the AFL Tribunal on Tuesday night.
Plowman was cited for rough conduct following an incident that left Hawthorn star Jaeger O’Meara with concussion, with the Tribunal upholding his ban after a lengthy two-hour hearing.
The Tribunal concluded that Plowman “executed a bump” as opposed to being involved in a marking contest, subsequently…