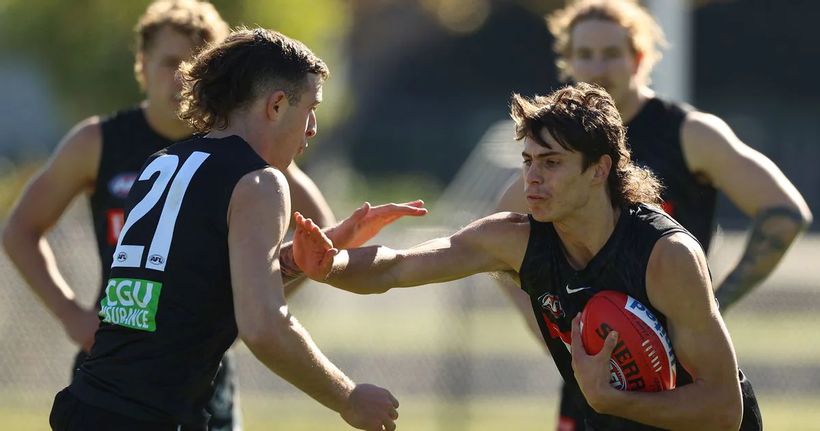 COLLINGWOOD will blood one of its youngest cult heroes on Saturday, with mullet-wearing midfielder Caleb Poulter beating coach Nathan Buckley in a basketball contest to earn his AFL debut.
Drafted to the club with pick No.30 in last year’s NAB AFL Draft, Poulter has excelled at VFL level with the Magpies and won 27 disposals in a reserves defeat to the Bombers last weekend.
He was told he would be debuting on Wednesday, hitting a shot on the club’s basketball court after Buckley had missed his to…

‘Every game feels like a big game’: Cats to dig in for the long haul – AFL