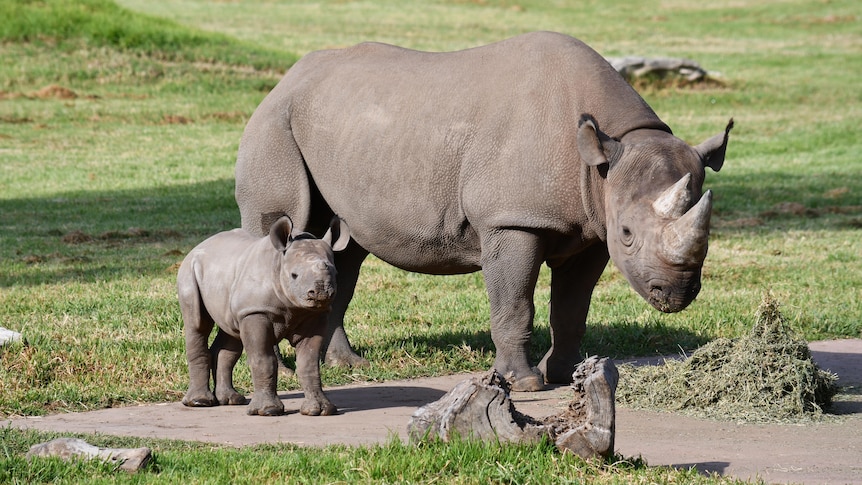 At just seven weeks old, black rhino calf Sabi already weighs 112 kilograms, and she’s just as energetic and full of life as any other newborn.

The critically endangered calf has made her first public appearance at Dubbo’s Western Plains Zoo.

She is the 15th calf born as part of the zoo’s conservation program, and the fourth to mother Bakhita.

The zoo’s black rhino keeper, Hayley Brooks, has been looking after Sabi, who she says is starting to experiment with solid foods.

NRL continues push for splitting into two conferences despite concerns