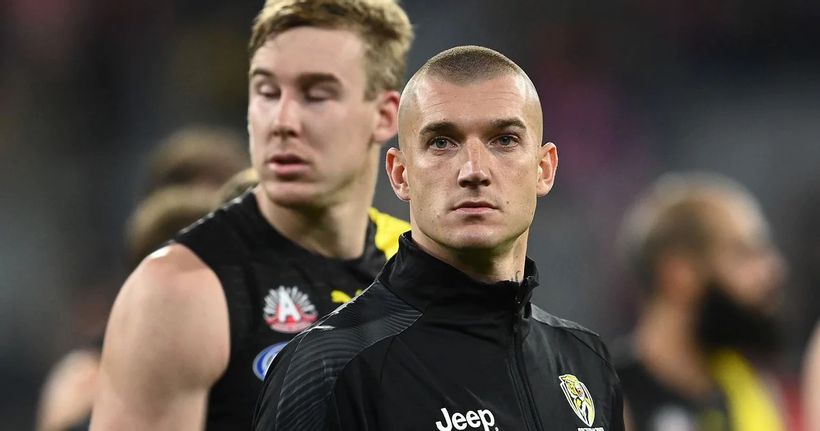 RICHMOND coach Damien Hardwick has confirmed the club will allow sidelined superstar Dustin Martin to visit his father in New Zealand this week.
Martin is out of action after suffering concussion in the Tigers’ defeat to Melbourne on Saturday.
He is also battling a foot injury and will miss Friday night’s clash against the Western Bulldogs, but is expected to return against Geelong in round eight.
Martin will visit his father Shane Martin, who was deported from Australia in 2016, in line with the…