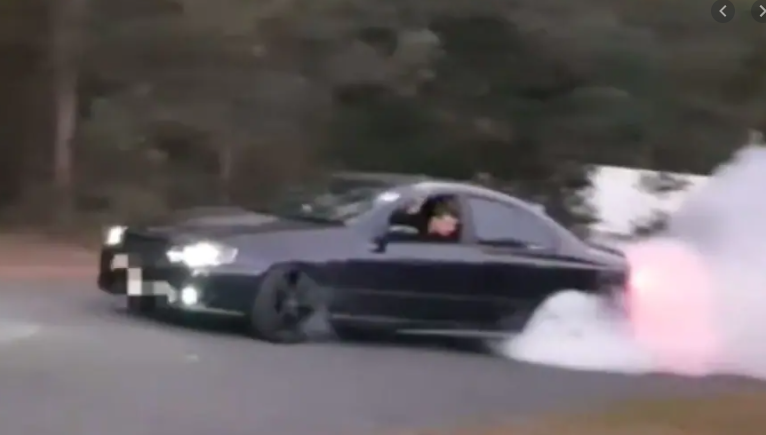 A man sitting on the roof of a car while the driver did high-speed burnouts were among a raft of people arrested and fined during another police anti-hooning blitz during the long weekend at the Gold Coast.

Gold Coast Acting Chief Superintendent Geoff Sheldon said the crackdown was the fourth consecutive week of the operation to combat the mass hoon gatherings, with participants displaying “yet another higher level of stupidity.”