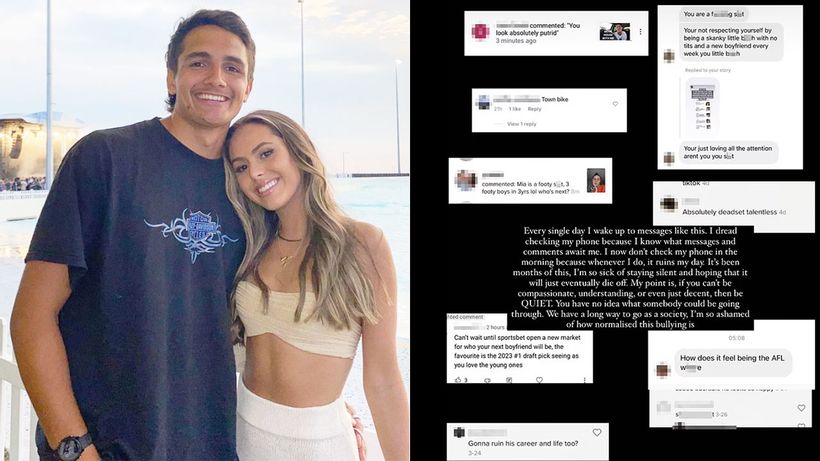 Jamarra Ugle-Hagan and Mia Fevola went public with their relationship earlier in the year. Pic: Instagram
The daughter of AFL great Brendan Fevola has called out online trolls after exposing the disgusting extent of abuse she’s been receiving on a regular basis.
In March, Mia Fevola and Western Bulldogs draftee Jamarra Ugle-Hagan had the AFL world talking after going public with their relationship via a series of photos on Instagram.
SCANDALOUS: AFL great spills on brutal impact of infamous affair…

Related Topics:AustraliaYahoo Entertainment
Up Next