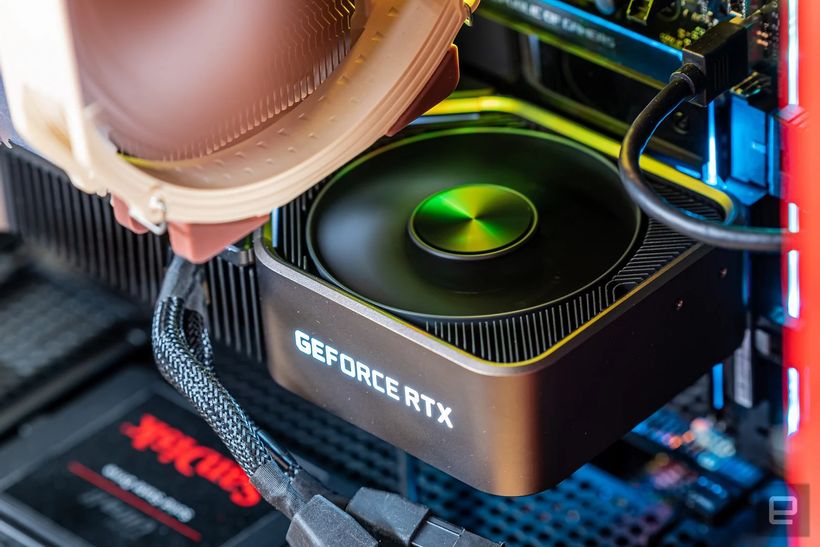 NVIDIA
is up to its old tricks. It released a vague teaser to announce an event for next week, during which it could show off new graphics cards. Rumors have suggested the company will reveal the RTX 3080 Ti and RTX 3070 Ti GPUs at the end of this month. With Computex getting underway on June 1st, the timing adds up.
Reports have pegged the RTX 3080 Ti as offering performance at a level in between the RTX 3080
and RTX 3090
. It’s said to have 12GB of GDDR6X memory, 2GB more than the 3080, as well…