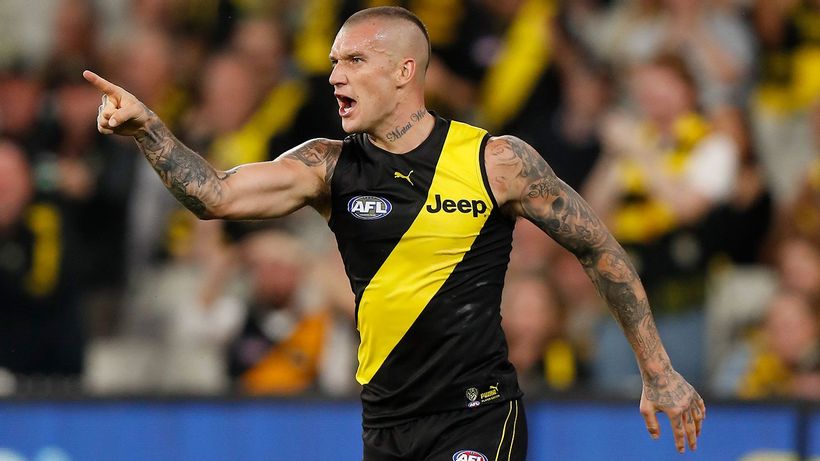 Richmond have chosen to risk leaving Dustin Martin trapped in New Zealand by allowing the sidelined superstar to travel across the ditch to see his dad.
Martin is out of action after suffering a concussion in Richmond’s defeat to Melbourne on Sunday.
The three-time Norm Smith medallist is also dealing with a foot injury and won’t feature in Friday night’s match against the Western Bulldogs, but he’s expected to return to face Geelong in Round Eight.
Martin will visit his dad Shane Martin, who in…