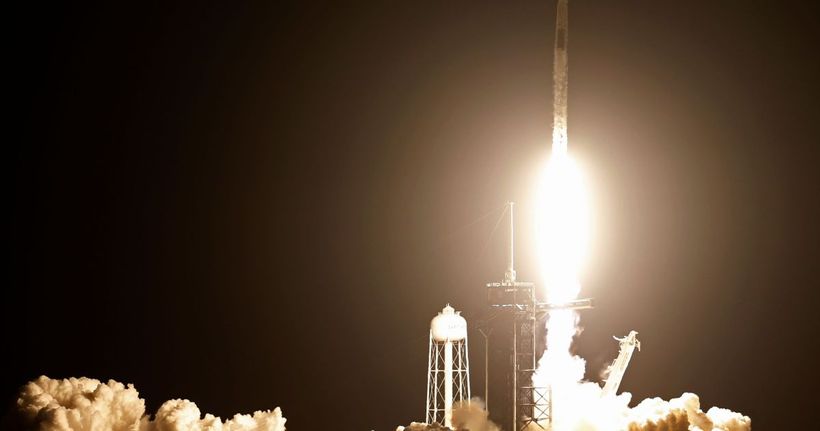 NASA and Elon Musks commercial rocket company SpaceX have launched a new four-astronaut team on a flight to the International Space Station (ISS), the first crew ever propelled towards orbit by a rocket booster recycled from a previous spaceflight.
The three men and one woman crew from the United States, Japan and France should reach the ISS early on Saturday morning after a 23-hour ride in the same Dragon capsule used by SpaceXs debut crew last May.
It was the first time SpaceX reused a capsule…