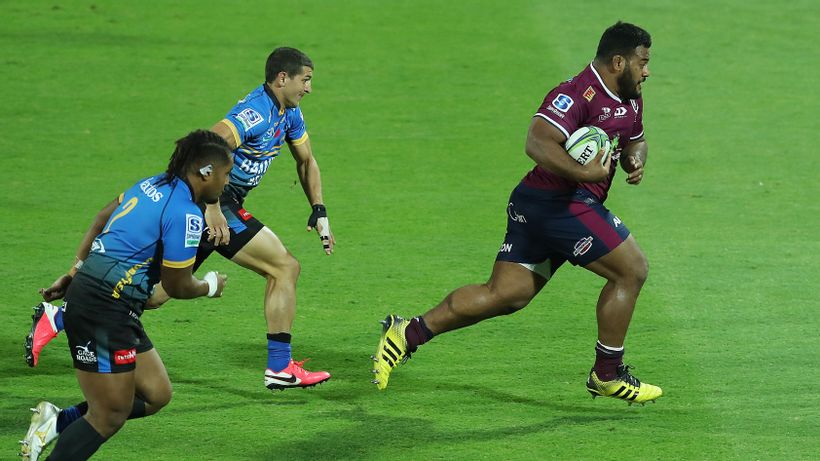 SUPER RUGBY AU, ROUND 10
FORCE vs REDS, Friday 7.45pm AEST at HBF Park
As mentioned, this clash will go ahead despite the impending lockdown in Perth – but there has been a late blow for the Force.
A Force win would earn them a spot in the Super Rugby AU qualifying final against the Brumbies in Canberra.
Meanwhile, Reds coach Brad Thorn has welcomed back captain Liam Wright to his starting lineup after he played off the bench before the team’s bye.
Fit-again Wright takes the official leadership…

Super Rugby: Damian McKenzie does it again as Chiefs sneak past Hurricanes – Wide World of Sports