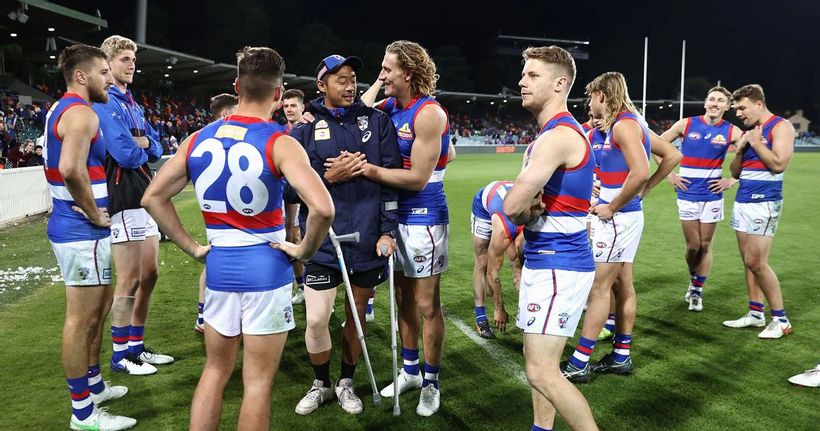 LUKE Beveridge is counting the cost of the Western Bulldogs’ win over Greater Western Sydney on Friday night with three players suffering injuries.
Luckless Lin Jong was forced out of his first game in almost a year, straining his right hamstring in the opening term of the 39-point victory, while Tim English was brutally concussed and may have suffered damage to his jaw in the dying stages.
But the Dogs’ biggest worry could be Josh Dunkley with Beveridge expecting to be without the star midfielder…