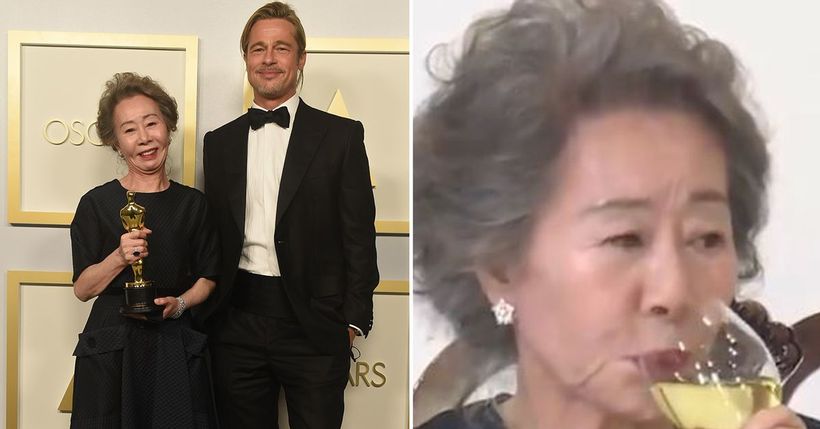 Youn Yuh-jung has had enough of US media asking about meeting Brad Pitt.
The actress, who won the Best Supporting Actress award for her role in Minari, gave an eye-roll worthy of another Oscar when she was asked about meeting Pitt, who presented the award to her.
The actress was clearly sick of being asked about her interaction with the famous actor rather than her show-stopping win and let her true feelings show when asked by Korean media about the American media’s obsession with Pitt and her response…